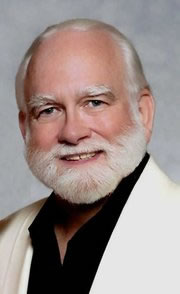 He has edited national and regional consumer magazines, been an award winning business columnist, and successfully raised millions of dollars for nonprofit organizations. Sharing the knowledge gained in his career, Dave has been a professor of communications and marketing at Cleveland State University and a frequent speaker at conferences and professional society meetings.

Organizations for which he has worked include The Cleveland Museum of Art, the Esalen Institute, Heifer International, General Electric, the Cleveland Foundation, Zuri Group, and the Gestalt Institute of Cleveland. He has written both fiction and non-fiction books. When it comes to ghostwriting he has developed a specialty in how-to and share-the-wisdom books authored by business and organizational experts.

Always up for a new challenge, Dave, when most of his contemporaries were feeling proud of themselves if they had learned to use a personal computer, became the oldest member of the team building what became the Internet’s most popular motorcycling website. Subsequently he taught himself website coding and design and went on to build or lead two additional category leading websites—Heifer.org and Raise-Funds.com.

Dave is a graduate of Syracuse University where he majored in photojournalism, graphic design, and comparative religions. He grew up in the Finger Lakes region of New York State near Syracuse. Places where he has lived and worked include New York City, Little Rock Arkansas, Carmel California, Honolulu Hawaii, Erie Pennsylvania, Ottawa Kansas, Syracuse New York, and Cleveland, Akron, and Canton Ohio.

Dave guides his professional and writing life with the statement, "All I need to know is what it is that I don't know."