Guy Kawasaki on importance of social media for authors 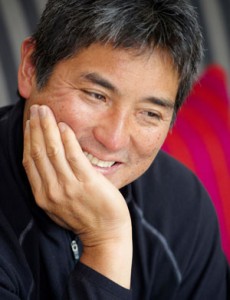 Guy Kawasaki, entrepreneur and author, has a post on LinkedIn in which he says, “One of the most important factors that traditional publishers use to decide whether to acquire a book is the marketing platform of its author.” In the post he lists ten social media tips for authors. In addition to the good solid info Guy Kawasaki has in the post, there is an invitation to a free webinar, How to Use Social Media to Sell More Books. He is offering  on Tuesday and Thursday, June 18 and 20, 2013.

It’s great that someone with Guy Kawasaki’s experience and credibility is pointing out the importance of social media to authors and how publishers look at an author’s proven marketing power in their process of selecting titles.

Gone are the days—if they ever existed—when an author could rely on his or her publisher to make the lion’s-share effort in marketing a book. Sure that happens for A-list best selling authors, but that’s where it stops.

We live in a different and fast changing publishing world from the one that existed just a decade ago. When it comes to marketing, self reliance needs to be the watchword of today’s aspiring and even previously published authors. And that brings into question whether it is better to try and find a traditional publisher or self publish.

Guy Kawasaki was one of the Apple employees charged with marketing the Macintosh from 1984-87. He returned to Apple as an Apple fellow in 1995. In between  he led the company ACIUS and founded Fog City Software. He also was a co-founder of Garage Technology Ventures, a venture capital firm. Today he is a prolific speaker and writer and an adviser to Motorola for Google. Guy Kawasaki’s website can be found here.