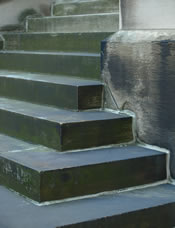 You can slice and dice why people write nonfiction books into more reason that I want to delineate or you’re probably willing to wade through. I’ve seen lists that go on for pages. But in the end, all those many reasons can fit under a short list of intentions that can be counted on the fingers of one hand. Forgetting for a moment those people who are just driven to write, people write nonfiction books:

There are also some side benefits to writing nonfiction books. They aren’t the reasons why people write nonfiction books, but they can be the silver linings of the process. When you write a book you:

But back to those reasons why people write nonfiction books, and let’s start with the understanding that most people write their books for a combination of reasons. That understood, let’s look at each of the five reasons independently.

Yes you can make money from your book, but you’re more likely to make that money from an income stream the book supports than directly from book sales. Publishers Weekly, the leading trade journal of the publishing business, reported in 2012 that the average U.S. nonfiction book sold less than 250 copies a year. I could give a lot more statistics about the futility of book writing as a career choice.

But I won’t because my guess is that you’re more likely to be someone with a reason for writing a specific book than a desire to become a professional book writer—someone who makes a living principally from writing books.

If you’re a consultant, an expert about something and on the lecture circuit, or an educator, your book can have a positive impact on earnings. Being able to be introduced as, “The person who wrote the book,” has a cache that carries over into the earnings column. However, even here there is no guarantee of the size of that impact. A lot depends on how well you market yourself and your book. The rest depends on the quality of your book and the possible income streams of your real career.

For many of us the real payoff when we write nonfiction books and have them published comes in the recognition gained from the accomplishment. As noted above that recognition can translate into dollars, but even if it doesn’t the recognition has its own inherent value. The word author has weight.

I can’t imagine why I would write nonfiction books unless I felt I had something to say, some piece of knowledge or wisdom even, that I thought valuable. I mean why bother if you don’t have something to say? Who would read books written by authors who thought they had nothing to say?

Autobiographies and memoirs are the most obvious books that are written because the author has something to share. There is an autobiography or memoir in every one of us. The growth of personal blogs and journaling on the Internet is all about having something to share. The forces that drive us to share our lives are many, and for our purposes what specifically motivates an individual doesn’t matter all that much. What matters is the doing and actually writing nonfiction books.

Autobiographies are written because a person wants to share with current and future audiences the story of his/her life. That’s great! I know I would jump at the chance to read an autobiography from one of my  parents, grandparents, etc.

Memoirs often are concentrated on an event or time or a linked series of events in a person’s life that can be instructive for others. Memoirs are usually even more personal than autobiographies, laying bare the bones of your thinking and values. As such the process of writing memoirs can be therapeutic—an attempt to come to grips with your past or exorcise personal demons.

On many levels the process of writing nonfiction books is therapeutic. A memoir is the most obvious example of book writing likely to have an intentional therapeutic purpose. But all book writing is to some extent therapeutic. There are even therapy regimes based on writing and personal development workshops built around writing. So if you are writing for personal therapy, why not see if what you produce has within it the kernel of a book?

However here most pointedly, aspiring authors must answer in the affirmative the question that should be asked about any contemplated book: Will anyone want to read this?

1 thought on “Why write nonfiction books”