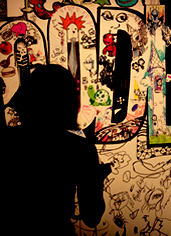 Difference between writing and editing

Editing is something that every writer talks about, but still seems to escape being well understood. Perhaps that's because it can be many different things performed by different people.

Writing and editing are different even thought writers do make edits on their manuscripts. However, basically writers write and rewrite, and editors edit. And of course there are copyeditors, But copyeditors are not editors with a capital E, and we'll leave copyediting for another article.

The writer as editor

Let's start with the editing writers do to their own manuscripts. First off, let's not confuse that editing with rewriting. When writers edit, they are correcting and improving what they have written. You could say they are fine tuning it. Rewriting is just what it sounds like. It is doing the writing over.

Is there a difference between heavy editing and light rewriting on the part of writers? I think so. I think the line between editing and rewriting is clear and is crossed when the changes being made substantially impact the qualities, quantity, style, or voice of what is already written. If what writers are doing to their copy is clarifying the already written and sharpening the already chosen voice and style, they are editing. Developing new content and using a different voice or style is rewriting.

That's my view developed from years of writing, rewriting, and editing my own writing and editing the writing of others. In a nutshell for me to edit is to adjust in some way while to rewrite is to change content, voice, or style. Many may disagree with this explanation, but it has stood me in good stead as an editor and as a ghostwriter. It lets me draw the line between one load of work and another and, in the case of ghostwriting, an agreed to price and what will cost more.

The editor should edit not write

Now on to actual editors. Most of my editing work has been done as a magazine editor. I've edited articles by big-name writers, minutia crazed academics, journalists, and first-time writers. As a magazine editor, I used to say to my writers, "As long as you are writing, I work for you helping you get the story. When you give me a "finished" draft, you begin to work for me. Your job is to help me make an article that is accurate, appropriate, and interesting."

As an editor, I tried to work with a light hand. If I found my hand getting heavy, I would return the manuscript to the author with specific rewrite requests. No editor worth his or her salt wants to rewrite a manuscript. In my experience as an editor, doing so pasted a veneer of me over the voice and style of the author. When that happens, the manuscript then loses the sharp edged clarity of voice and style that the best writing delivers. The mantra for editors should be: Edit yes. Rewrite no.

In point of fact good editors remove more from a manuscript than they add. Additions, even at the suggestion of the editor, should be carried out by the writer. Editors strive for clarity and impact as they work with writers, and those two aspects are more often enhanced by cutting away the underbrush of writing than by planting new rows of trees.

Writing and editing are entirely different crafts. Writing while it contains underlying analytic qualities is essentially a process of synthesis. Editing is a process of analysis. Writers synthesize. Editors analyze. Good editing can make a difference when the writing is weak. But it cannot turn the weak into the strong. At best it can save a weak manuscript. But the more salvation is needed, the weaker the end product will be.

In the best of situations, the process of editing and rewriting is a back and forth endeavor with the editor desperately trying to uphold the integrity of the writer's words and ideas while representing the interests of the reader.

The editor and writer partnership

While writers do edit their writing, they should not be "the editor" of it. Part of an editor's job is to represent the reader in the process of creating a book or an article. And yes, writers have to consider the reader too, but writers are by necessity occupied principally with what they see, know, feel, understand, believe, and trust. Good editors let writers stay in that zone. Good writers, understand the freedom to write and rewrite good editors provide.

When it is right, the relationship between editor and writer is a partnership made in heaven--even if at times it feels to both like they are living in hell.