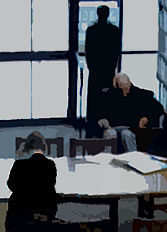 How to publish your book in the digital world

For a long time there were only two ways to publish your book. You either went to a publishing house and convinced them that there was a reason to offer your book to the multitudes, or you did the thing we called vanity, or self publishing. When it comes to a publishing house, 99.999 times out of a hundred the reason they cough up the money to print, distribute, and market a book is to make more money than they spend.

Self publishing your book

Old time self publishing required you to come up with the money to print, distribute, and market your own book. Usually you'd have to order a substantial number of copies to make the price you 'd have to charge per copy anywhere near realistic. The reason was that there were tremendous production costs to delivered the first copy. After that it was more a matter of turning on the press and the bindery machines and stacking up the copies as they popped out.

Most people who self published would order a couple thousand copies or so in order to achieve at least a small bit of that economy of scale.Then those copies would move into the author's basement or garage where some would become permanent residents. That's because according to Publishers Weekly the average nonfiction book sells less than 250 copies per year. By the way that average includes books put out by publishing houses with their expert book editors, designers, and marketers.

Let's go back to those traditional publishing houses for a moment. Why do you suppose a self-publishing industry existed? Because it is harder than you can imagine for most aspiring authors, especially first timers, to get their manuscript read by an acquisitions editor at a publishing house, let alone get it published.

The best way to get in front of a publishing house is to have an agent. And good luck accomplishing that. Agents want proven writers--people they know they can make them money. If you're an unpublished writer, it's just about as hard to get an agent as it is to get a publishing house to look seriously at your manuscript. Let's see, you need an agent to get published, but in order to get a manuscript read by an agent, you need to have already been published. They call that a catch 22. I call it a conspiracy or something damn close.

Okay, so finding a publishing house and traditional self publishing have drawbacks enough to make you throw up your hands and give up on the idea of writing a book and getting it in front of people. Don't. There is good news and it comes from the world of digital technology.

It is now possible to self publish your book in two exciting ways that have the potential to get your book to a reading public and won't break the bank in the process. A new way to print books has developed. Basically it is an outgrowth of the revolution in plain-paper copying started by the Xerox 914 copier back in 1959. I'll skip over the intervening developments that have led to modern short-run book printing and get right to the good news.

Today you can get a book printed and bound one copy at a time. The per-copy price for creating one book is basically the same as it is for printing and binding 1,000. There are a number of companies offering this service. One that I like is Createspace, an Amazon subsidiary. When this was written, Createspace estimated the cost for a 200-page black-and-white book sized six by nine inches at about $3.25 per copy. Now it's likely that there would be additional charges, but they will be tiny in comparison to what the upfront costs of traditional book printing and binding. With Createspace you get the added benefit of the Amazon bookstore. Go to createspace.com for more information.

Then there are e-books. When you publish your book as an e-book, each copy is a totally digital creation. People download and read it on everything from a smart phone, to a Kindle, to a computer. This isn't the time or place to go deeply into the arguments for e-publishing. But think of it this way: Instead of paying Createspace or some other vender $3.25 of the take for every copy you sell. You get to keep it all or at least all of the part that a middleman such as the Amazon bookstore doesn't take, and shipping costs for electrons are an awfully lot lower than those for a pound or two of paper.  Here again Amazon is a good bet. With Amazon and their subsidiary Createspace, you can offer both an e-book and a physical book version. Leaving the choice up to the buyer.

So wrapping up, my advice is to self publish your book as an e-book and if the reasons for doing so are valid also as a physical book. And if you are going to do the latter, do it the new way as described above because:

And there is one additional and maybe surprising benefit. Some books that self publish as e-books or physical books have actually been picked up by publishing houses—agent or no agent. And oh yeah, your self published book just might get you a hearing from an agent when it comes to your next creation.